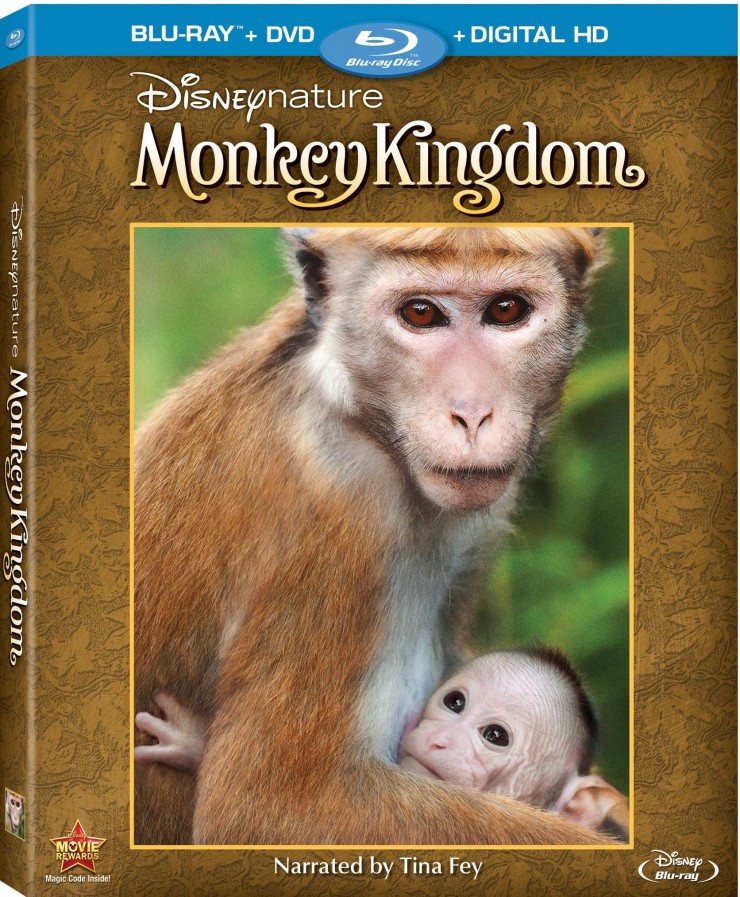 From Disneynature, the studio that brought you Chimpanzee and Bears, comes MONKEY KINGDOM, a spectacular tale set among ancient ruins in the storied jungles of South Asia. Maya, a clever and resourceful monkey, finds her world forever changed when she welcomes her son Kip into her colourful extended family. As Maya strives to keep Kip safe through unexpected and sometimes perilous adventures, amazing footage captures all the magic and surprises of their magnificent world. Maya and her family will make you laugh and warm your heart as she realizes her dreams for her son’s future.

I actually really love documentaries but generally have to watch them alone as they tend to be a little too dry for a 1 and 3 year old to watch.   Disneynature offers up a family (and kid friendly!) documentary in Monkey Kingdom.  The documentary follows a female toque macaque (which is an old-world monkey) and her growing family as she struggles to rise from the bottom of a strict social hierarchy.

Tina Fey does an excellent job at narration – she brings a bit of humour that makes this documentary truly enjoyable to watch.  We found ourselves laughing almost as much as we were learning about toque macaques!  It wasn’t all happy though, there are moments that will make your stomach lurch and moments that are incredibly touching.

Monkey Kingdom is filled with beautiful visuals filmed at an ancient ruins site found deep in the jungles of Sri Lanka.   The cinematography is simply  astounding.

Monkey Kingdom is well worth picking up for family movie night, enjoy!

I would love to see this with my grandchildren. I know they would enjoy it.

Would love to see this one, love Disney Nature!

This looks super cute and you can't go wrong with Tina Fey!

Ok this is one I will have to get.. I would adore this!

I didn't get the chance to see this and I think my son would LOVE it. He loves monkeys