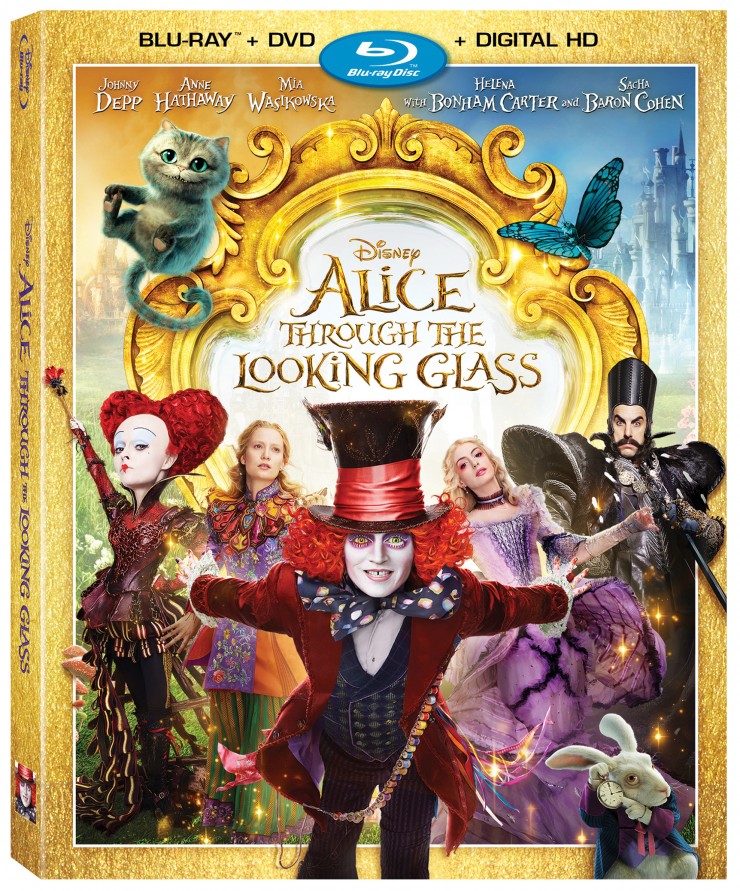 Step through the magical looking glass and behind the scenes to discover how filmmakers created this riveting return to the whimsical world of Underland!

In “Alice Through the Looking Glass,” the all-star cast from the 2010 blockbuster is back with Johnny Depp as the Mad Hatter who’s desperately searching for his family; Anne Hathaway as Mirana, the kind, mild-mannered White Queen; Helena Bonham Carter as Iracebeth, the short-tempered, big-headed Red Queen; and Mia Wasikowska as Alice, the heroine at the heart of the story. Sacha Baron Cohen joins the ensemble as Time, a magical being that is part human, part clock, and the late Alan Rickman—to whom the film is dedicated—is the voice of Absolem, the blue Monarch butterfly who metamorphosed from the blue caterpillar “Alice in Wonderland.”

Disney’s “Alice Through the Looking Glass” is a spectacular adventure, featuring the unforgettable characters from Lewis Carroll’s beloved stories, in which Alice returns to the whimsical world of Underland and travels back in time to save the Mad Hatter. Directed by James Bobin, who brings his own unique vision to the visually-stunning world Tim Burton created on screen with “Alice in Wonderland,” the film is written by Linda Woolverton and based on characters created by Lewis Carroll. The producers are Joe Roth, Suzanne Todd, p.g.a. and Jennifer Todd, p.g.a. and Tim Burton. John G. Scotti serves as executive producer.

Alice Through the Looking Glass is a fun departure from Lewis Carroll’s imaginings and although it sorely lacks the lunacy of the original, it is worth picking up for family movie night. The story involves time travel but Johnny Depp’s role is far too small, I was hoping he would play a larger role.  Be on the lookout for the blue butterfly Absolem, voiced by the late Alan Rickman, to whom there is a dedicatation in the end credits.

I have not seen this one yet,another great watch i guess.

It has a bit of a different from the first because of the change in direction. The whole gothic feel of the first wasn't present in this film but it was still enjoyable.

I have not seen this yet. I am going to have to get this movie, it looks really good.

My kids and I really enjoyed this movie!

It is definitely on my list of movies to check out at some point!