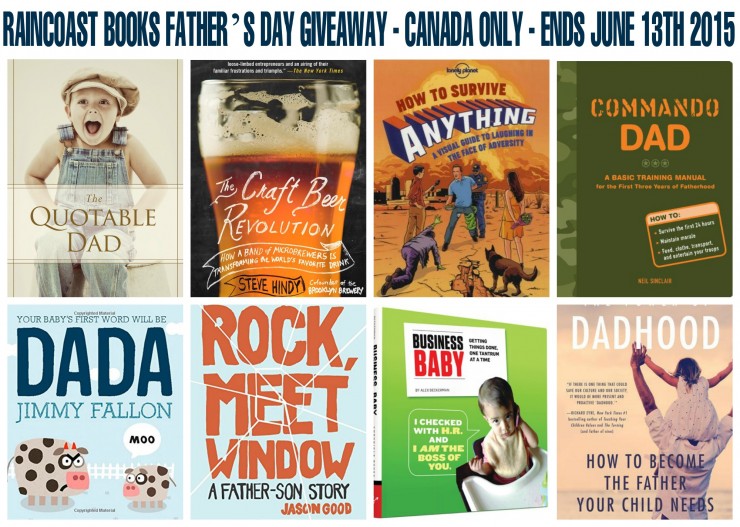 Do people really buy ties for Father’s Day? I am not sure, but I remember when I was a kid it was a thing that Father’s didn’t want a tie for Father’s Day.  You know, it’s probably best to avoid the entire issue and just go with something super awesome for Dad this year.  Like maybe a book from Raincoast Books geared towards Dads!  Let me highlight a selection for you to get you thinking then read on for your chance to win your pick of a couple of them! 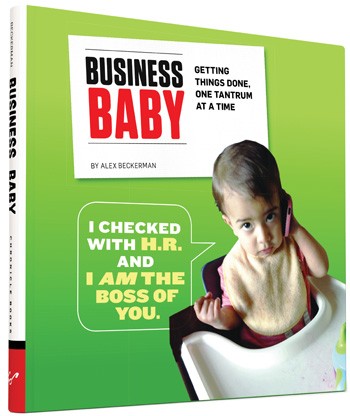 Business Baby: Getting Things Done, One Tantrum at a Time by Alex Beckerman

Little tykes may not have MBAs or PowerPoint skills, but every parent knows who’s boss. And it’s not the one who can count to three. It’s only natural: the toddler skill set is perfectly suited to the corporate world. They’re incredibly good at delegating, they’re (literally) climbers, and they’ll happily give you the business all day long. From  troubleshooting how to fit the square peg into the round hole to negotiating deals when both parties can’t count on the fingers of one hand, this book of high-chairperson drama will have you laughing out loud at these captioned portraits of business babies getting to work! 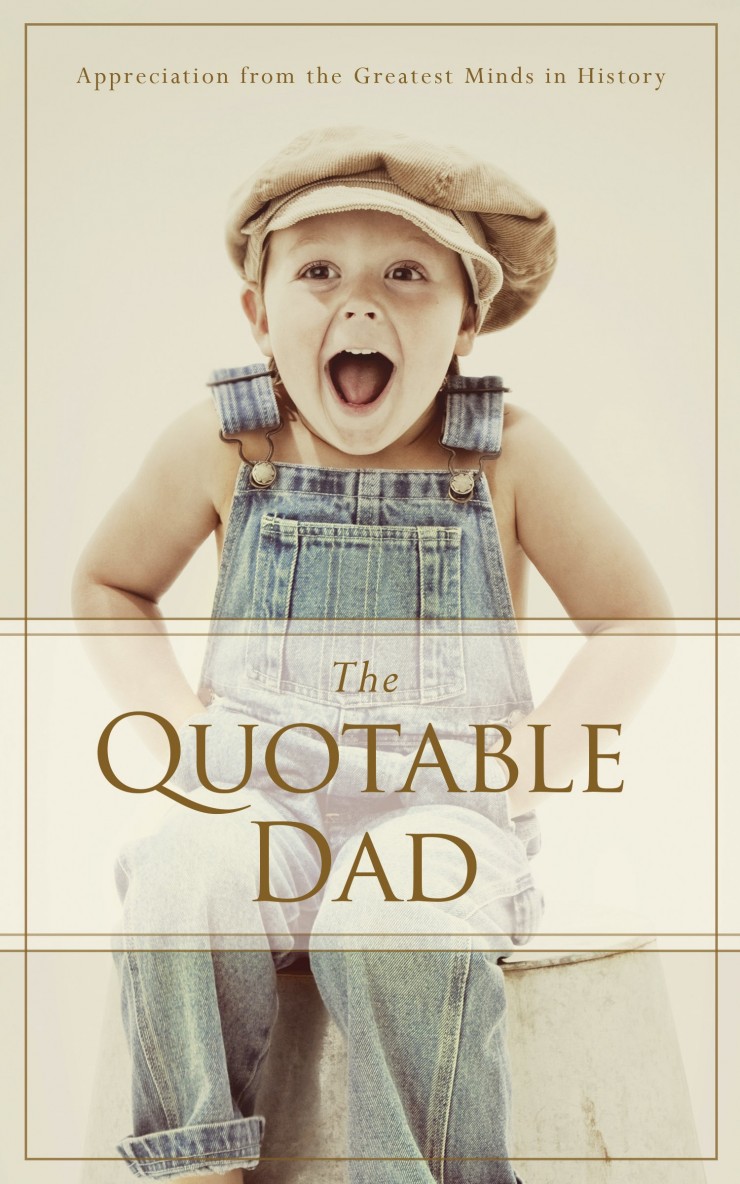 The Quotable Dad: Appreciation from the Greatest Minds in History by Familius

With more than 200 unique quotations, The Quotable Dad shares thoughts, ideas, humor, and advice from the best minds of the ages for the most challenging situations that come with being a dad. A perfect gift for Father’s Day or any day when one wants to celebrate their dad.

“Becoming a father is easy enough, but being one can be very rough.” -Wilhelm Busch 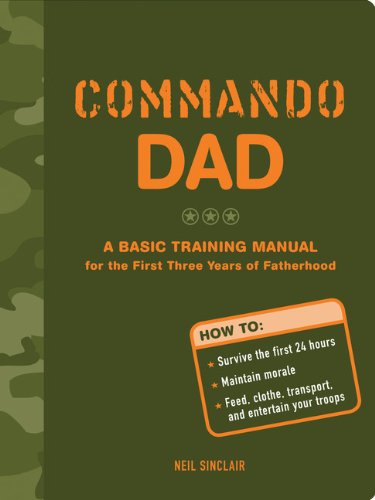 Commando Dad: A Basic Training Manual for the First Three Years of Fatherhood by Neil Sinclair

As used by Prince William himself, here’s the basic training manual for fatherhood recruits! This easy-to-use reference is packed with practical, fieldtested instructions for caring for new troopers, from birth to age three.  New dads will learn how to prepare the home for the latest addition to the corps; establish a sleep routine; deal with hostile uprisings; feed, burp, and bathe a baby trooper; and much, much more. Written by an ex-commando and father of three, the book looks and reads like a basic training military  manual and is full of no-nonsense advice delivered in a relatable and warm-but not sappy-tone. 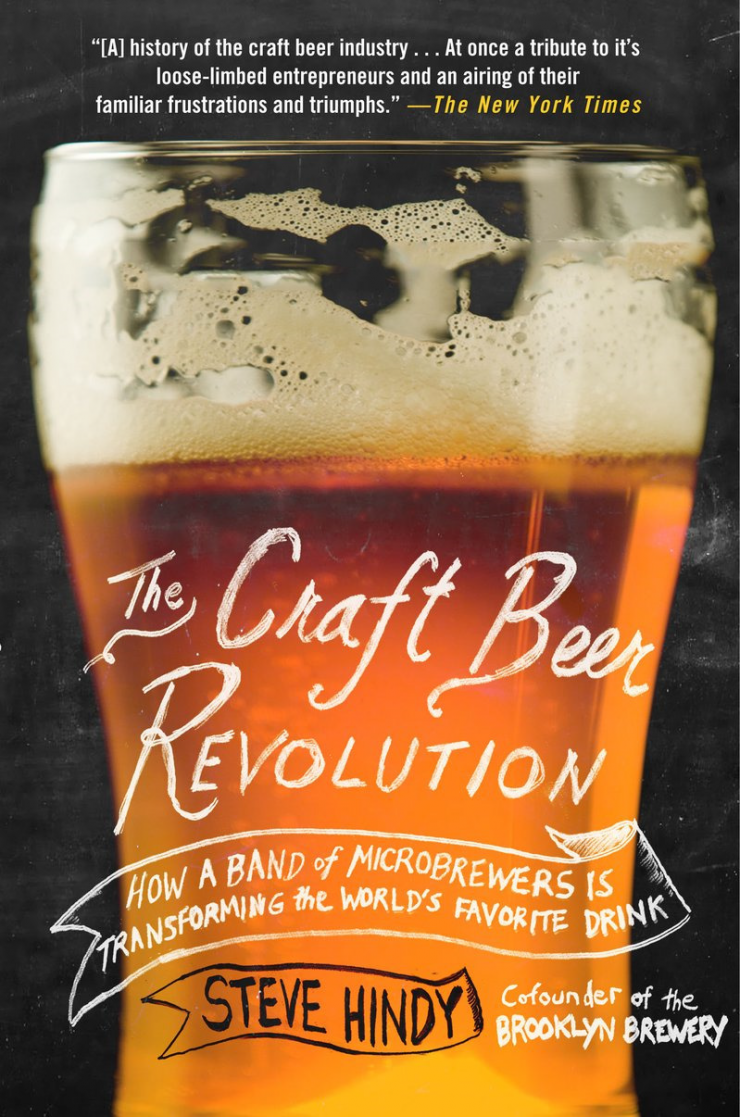 The Craft Beer Revolution:  How a Band of Microbrewers Is Transforming the World’s Favorite Drink by Steve Hindy

Over the past 40 years craft-brewed beer has exploded in growth. In 1980, a handful of “microbrewery” pioneers launched a revolution that would challenge the dominance of the national brands, Budweiser, Coors, and Miller, and change the way Americans think about, and drink, beer. Today, there are more than 2,700 craft breweries in the United States and another 1,500 are in the works. Their influence is spreading to Europe’s great brewing nations, and to countries all over the globe. In The Craft Beer Revolution, Steve Hindy, co-founder of Brooklyn Brewery, tells the inside story of how a band of homebrewers and microbrewers came together to become one of America’s great entrepreneurial triumphs. Beginning with Fritz Maytag, scion of the washing machine company, and Jack McAuliffe, a US Navy submariner who developed a passion for real beer while serving in Scotland, Hindy tells the story of hundreds of creative businesses like Deschutes Brewery, New Belgium, Dogfish Head, and Harpoon. He shows how their individual and collective efforts have combined to grab 10 percent of the dollar share of the US beer market. Hindy also explores how Budweiser, Miller, and Coors, all now owned by international conglomerates, are creating their own craft-style beers, the same way major food companies have acquired or created smaller organic labels to court credibility with a new generation of discerning eaters and drinkers. This is a timely and fascinating look at what America’s new generation of entrepreneurs can learn from the intrepid pioneering brewers who are transforming the way Americans enjoy this wonderful, inexpensive, storied beverage: beer.

The Power of Dadhood: How to Become the Father Your Child Needs by Michael Smith

The Power of Dadhood encourages men to father with the knowledge that they are vitally important to the futures of their children. National speaker Michael Byron Smith discusses the implications of a fatherless home, the challenges of parenting, and the hierarchy of fathers. There are absent fathers, present yet uninvolved fathers, authoritative fathers, loving fathers, teaching fathers, and many more. Any man, through The Power of Dadhood, can assess himself, see where he stands, and make choices to become a real Dad and find the power of Dadhood! 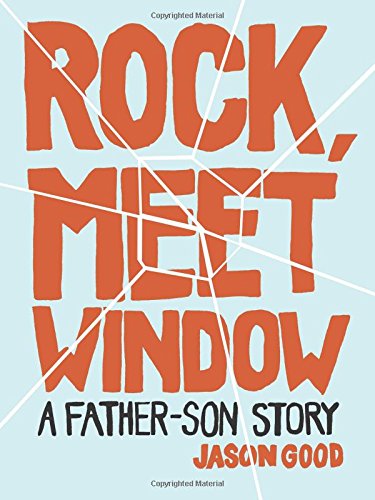 A funny and poignant memoir that delves into the magic, fails, and meaning of fatherhood. Humorist and family-man Jason Good is an only child with an atypical story to tell. His isn’t the usual rant about how hard it is to be a modern father or a tale about a damaging relationship with his father. Jason grew up with a charismatic, communicative, affectionate, and frustrated political science professor for a father–a man who taught him most everything about how to be a dad, how to live. Jason was figuring out how to parent his own two young boys when his dad was diagnosed with cancer and told he had nine months to live. That moment, and the year that followed, inspired Jason to tell the story of something he had always taken for granted: how his father had earned his true friendship and admiration in adulthood by the way he had parented him to manhood. 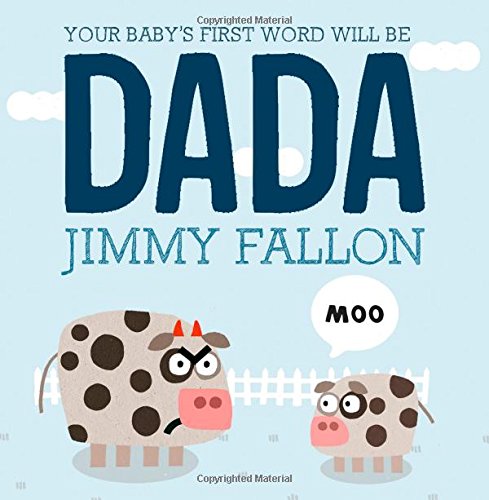 Your Baby’s First Word Will Be DADA by Jimmy Fallon, illustrated by Miguel Ordonez

Everyone knows that fathers wage a secret campaign to ensure that their babies’ first word is “Dada!”

But how does it work?

One of the most popular entertainers in the world and NBC’s The Tonight Show host, Jimmy Fallon, shows you how.

This picture book starts off with a succession of animal dad’s trying to teach their young to say “Dada”.  A grumpy bull says “DADA!” and his calf says “Moo”.  A broken looking ram says “DADA!” and his lamb replies with a “BAA”.  So on and so forth until the end when all the dad’s and babies are together on a two page spread and say “Now everybody get in line, let’s say together one more time..” and the babies all reply together “DADA!”.

I was honestly expecting something more, maybe something funny considering it was written by Jimmy Fallon.  I think the problem was that I was expecting an adult joke in there somewhere  and it never materialized.  Of course it is a kids book, and both Ava (18 mos old)  and Keira (3 years old) both thought the story was pretty giggle worthy. 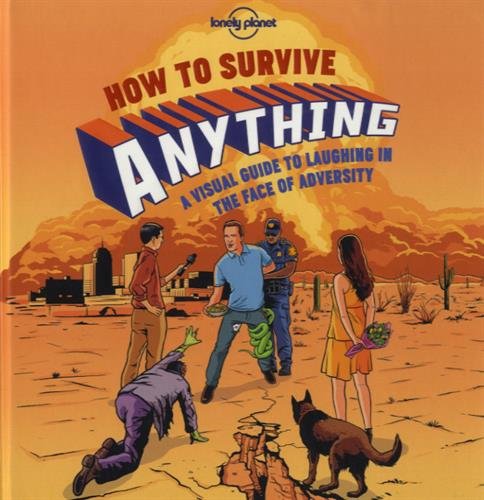 How to Survive Anything. A visual guide to laughing in the face of adversity. Earthquake imminent? Stuck in the middle seat on a long-haul flight? Here is a book that will teach you How To Survive Anything. Using the witty, graphic format it will help you withstand any challenge, from the extreme to the ordinary, that life might throw your way.

Ever wonder how to survive in a dysfunctional family?  Look no futher – how to Survive Anything has the answer to that and a myriad of other situations – both silly and life threatening!  Find out how to survive a Nuclear explosion, time travel, all-you-can-eat buffet, snakebite, the middle seat squeeze on a long-haul flight, avalanche and so on and so forth.  Basically it will help you survive just about any situation could ever conceivably get into.  Or you know, it could just make you laugh.

One Canadian Frugal Mom Eh reader will win their choice of any 3 of the above mentioned books.  Giveaway ends on June 13th at 11:59 pm EST.  See Giveaway Tools form for entry and t&c.