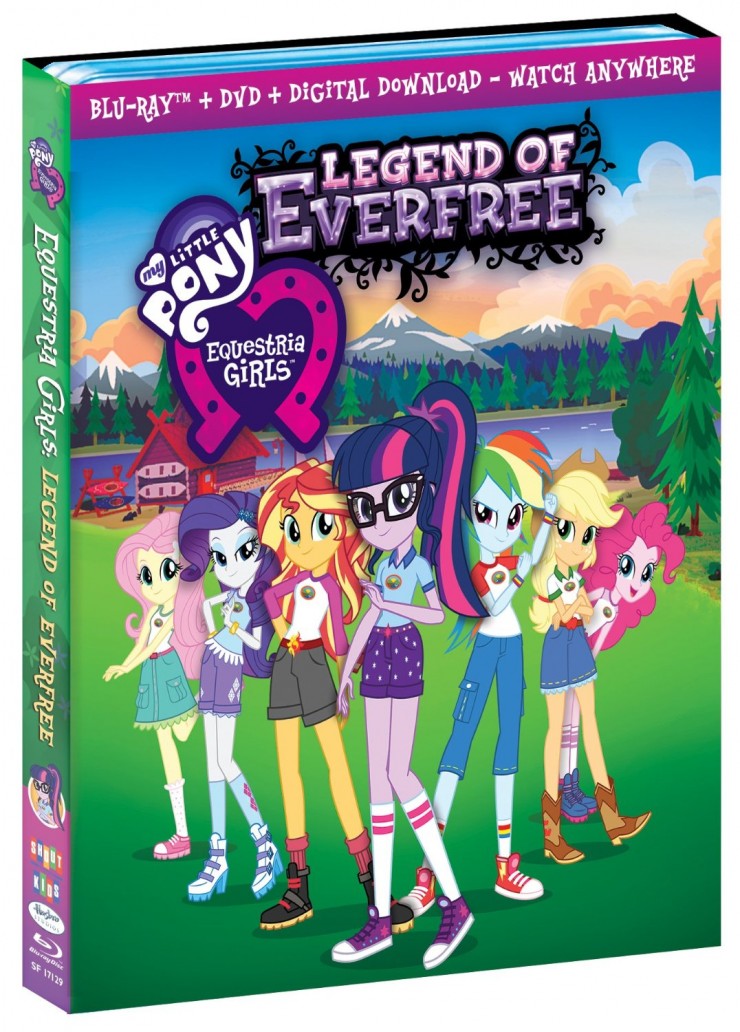 Get your s’mores ready everypony! Summer is here, and Twilight Sparkle, Rainbow Dash, Pinkie Pie, Applejack, Rarity, Fluttershy, Sunset Shimmer and friends are embarking on a new adventure. After the drama of the Friendship Games the girls are looking forward to a fun vacation. You can join them when My Little Pony Equestria Girls – Legend Of Everfree sets up camp on November 1, 2016 in a Blu-ray™ + DVD + Digital Download combo and in a DVD + Digital Download combo from Shout! Kids in collaboration with Hasbro Studios. Both sets will include lots of new bonus features… stay tuned for details! Pre-order is available now at Amazon.com and ShoutKids.com, and a film trailer is now available.

Find this and more My Little Pony titles at ShoutKids.com.

Both my kids adore My Little Pony and love watching the Equestria Girl movies over and over. They were extremely excited to watch the latest instalment: Legend of Everfree.  I think Legend of Everfree is the best of the Equestria Girls films yet and I know the girls agree. There are plenty of twists to the story and the plot is actually really well thought out and entertaining. Definitely worth picking up for My Little Pony fans.

For pony fans ordering their copy directly from Shout Kids, a free poster is included. Copies of the film for sale in Walmart will include a pair of Twilight Sparkle barrettes!  Copies at all other retailers come with an adorable “Camp Everfree” sew-on camp patch.

Printable colouring sheets, as well as stills from the film, and pictures of the barrettes and camp patches, are all available to download here.

6 thoughts on “My Little Pony Equestria Girls: Legend of Everfree”