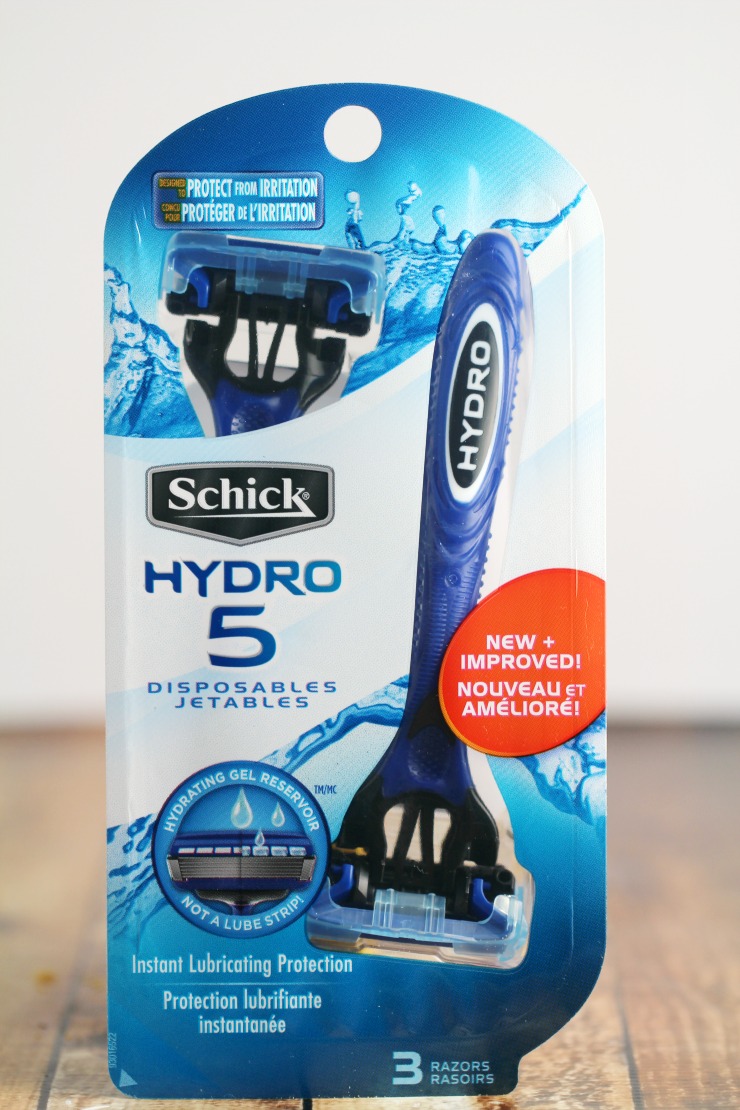 My husband is kind of scruffy.  He won’t commit to a beard but he also doesn’t shave very often as he generally finds that his skin gets irritated, red and bumpy after shaving himself.

Schick recently sent him a package of Schick Hydro® 5 disposable razors to check out and despite more than a little trepidation on his part, he agreed to give it a try.

When he does shave he normally uses an electric razor and I have never seen him use a disposable razor. He was convinced that since it was a disposable razor that he would basically see the usual irritation plus cut up his face at the same time.  I think many people do equate disposable razors with a poor quality shave and we were interested in seeing if that would be the case here too. I think we can all relate to the desire to shave less often and to be able to do so without all the irritation and cuts.

The design of the Schick Hydro® 5 disposable razor is far more lightweight than the razors with replaceable heads but it remains quite functional and feels good in your hand. The handle is contoured and features rubber grips which kept the razor from getting slippery once he started shaving and gave him better over-all control.  It also has a tilting head rather than a fixed head which means it is able to follow the contours of your face.

The Schick Hydro® 5 disposable razor features 5 “Ultra Glide” blades with Skin Guards which work to reduce friction between the skin and the razors cartridge resulting in less irritation. There is also a guardbar which helps to stretch out the skin for a close shave without having to do the things that cause irritation in the first place like pressing down too hard while shaving. 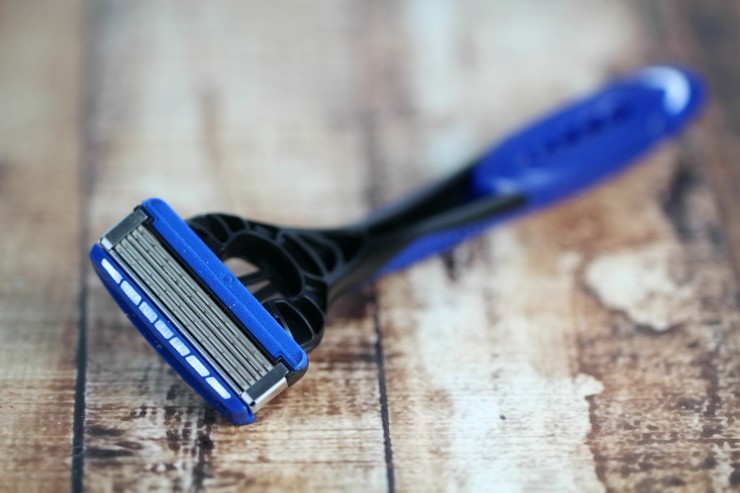 Honestly 5 razors just sounds a bit gimmicky though right? I mean back in the day we were all using razors with 1 blade, so why 5?  Well it turns out that 5 razors do help you get a closer shave because of the way the blades work together to get at the hair just below the surface of the skin resulting in a closer shave than what you could get with 1, 2 or even 3 blades. This also means less irritation as you don’t have to go over the same area 2-3 times and you don’t have to press down on your face with the razor.

The Schick Hydro® 5 disposable also includes the unique, new and improved, Hydrating Gel Reservoir which hydrates throughout each shave. The gel in the reservoir reduces friction that tends to cause redness and irritation and is activated by water to hydrate the skin throughout each shave. The reservoirs seem to hold quite a bit of gel and should last for many shaves. 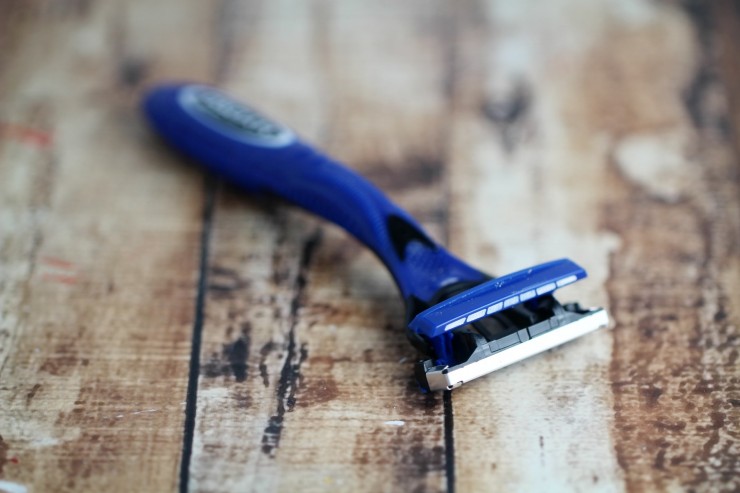 One feature he really loved was the trimmer which is revealed by flipping the gel reservoir back to reveal all five blades so you can get a great trim easily and conveniently.

My husband was really happy with how good the shave felt because of the great features of the razor.  He found it gave a good, quick shave when paired with Edge Shaving Gel for Sensitive Skin (as is recommended).  He also managed not to nick himself with the razor and because he wasn’t pushing the razor into his face he also didn’t end up with a red, bumpy face.

It’s really impressive that Schick was able to deliver such a high quality shave for on the go with a completely disposable razor.  It’s the kind of shave you expect to get with a higher end, more expensive razor.
The Schick Hydro® 5 disposable razor is available in 3-packs, and can be purchased at all major retail outlets across Canada for a suggested retail price of $9.45. For more information, visit Schick.ca. 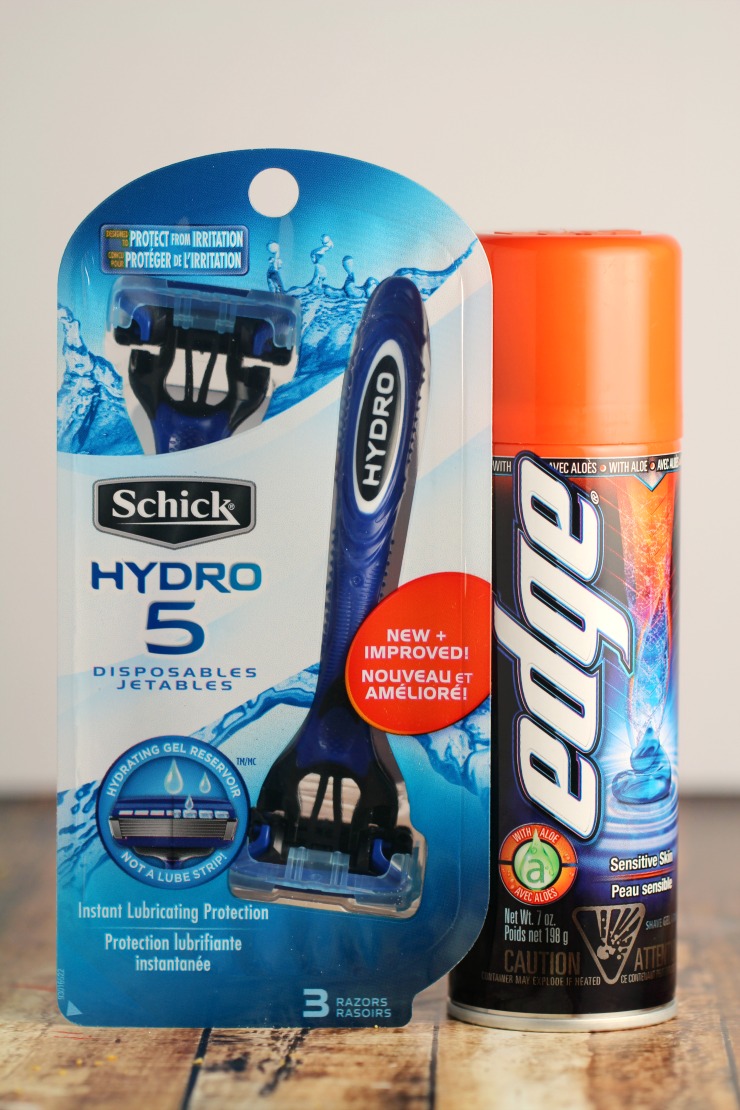 Get One FREE! – CLOSED!  The first 25 will be contacted shortly!


Rate & Review a Schick’s® new Hydro® 5 disposable men’s razor on Facebook!  The first 25 Frugal Mom Eh readers who are interested in trying and reviewing Schick’s® new Hydro® 5 disposable men’s razor will receive one for free to review (Retail Value $9.45). All you have to do is request your free sample and post your honest review directly through the Schick Hydro Canada Facebook page. Send me the link to your review for the chance to win a gift card valued at $100 from Schick Hydro®!


Disclosure: This post has been sponsored by Schick Hydro® and I received the above mentioned product in order to facilitate this post. However all opinions are honest and my own.