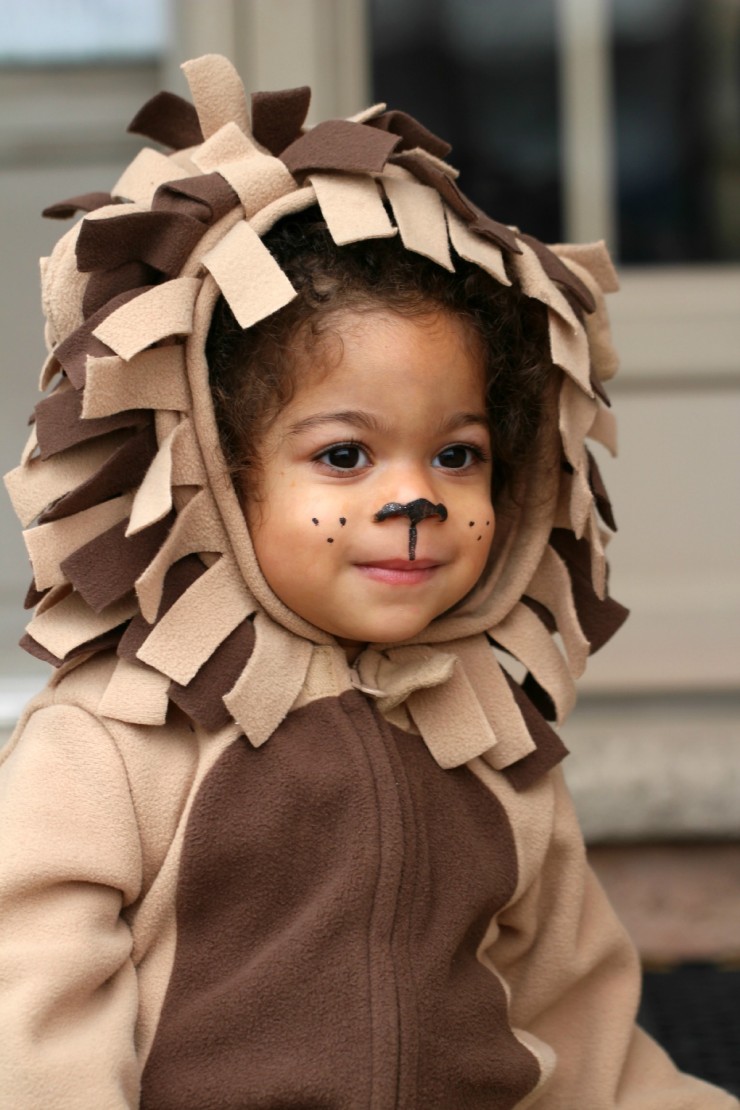 This Halloween was so fun.  Seriously.  Ava is 22 months old and while I am sure she had no idea what was going on, she was old enough to tag along and go door to door with Keira.  Keira was too scared to go trick or treating at Ava’s age so this was only her 2nd Halloween.  This time around she was super excited to get dressed up.

I already had a costume for Ava as Keira wore it two years ago, and was just as adorable in it as Ava.  I took Keira out costume shopping in early October and we both agreed she would dress up as a pirate.  She initially wanted to go as a Lalaloopsy but (thankfully) the Halloween store was out of those which left us with some more traditional choices. 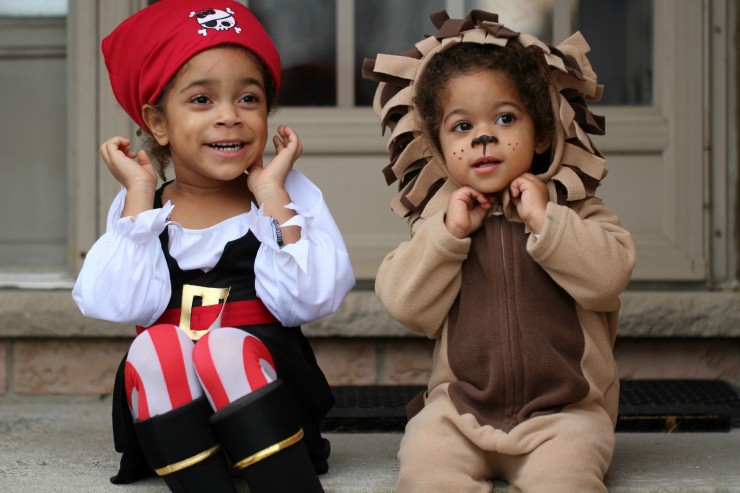 Halloween morning the girls had a bit of a disagreement and Ava managed to give Keira that super pirate-y scratch on her head.  Kind of fitting from the girl going as a lion!

I got them dressed up early to take photos.  I wanted photos in natural light because I knew I wanted to create some wall art for October of them in their costumes.  Guys.  They were so adorable! It was honestly super hard to decide which photos to use. 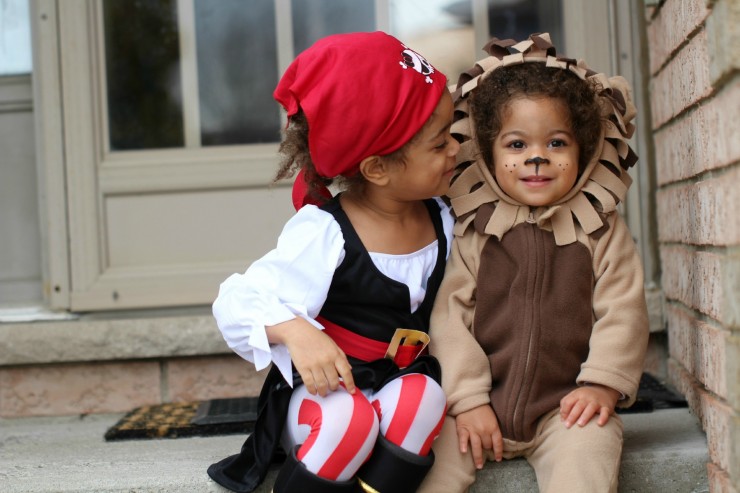 I mean come on, how sweet are they?  I can imagine many moms have the same problems.

Thankfully I was able to use the Posterjack collage maker so I didn’t have to pick just one shot. 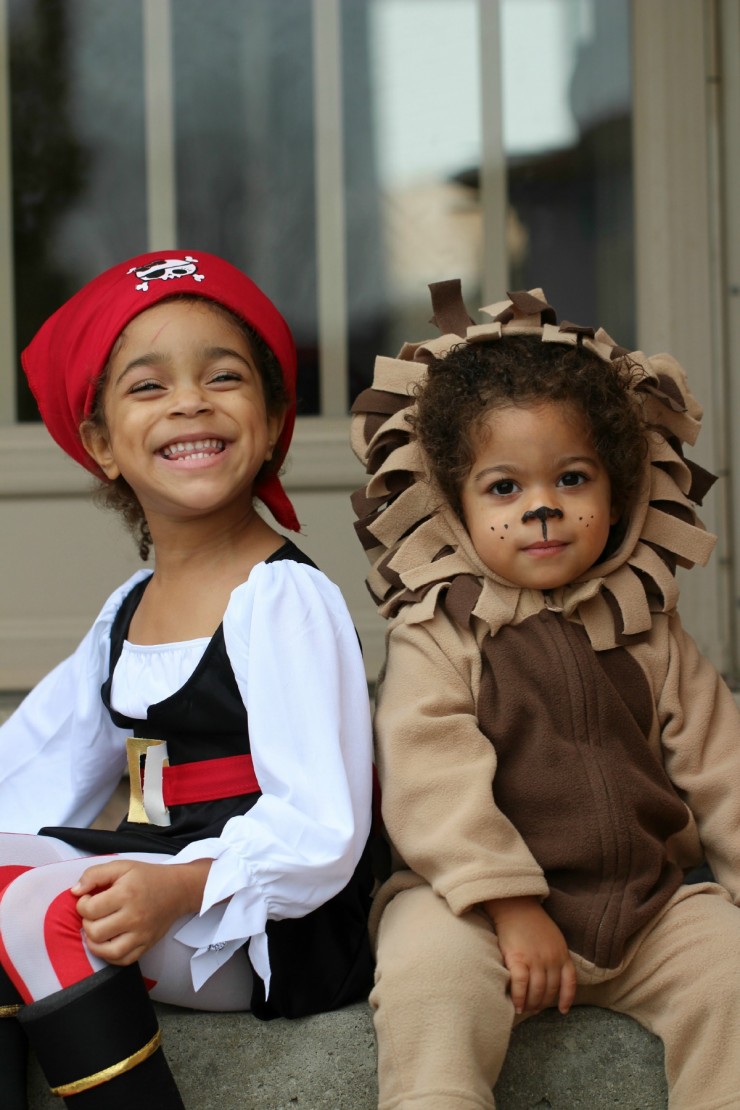 Posterjack’s Collage Designer couldn’t be any easier to use.  The first step is to decide on the material your collage will be printed on. You can chose any material for the Collage.  I went with a gallery frame print.

While building your print you can choose from a variety of backgrounds from the plain white that I went with to colourful patterns and gradients.  Just upload your photos and either arrange them freestyle or along a grid.  Then place your order for Posterjack to print. 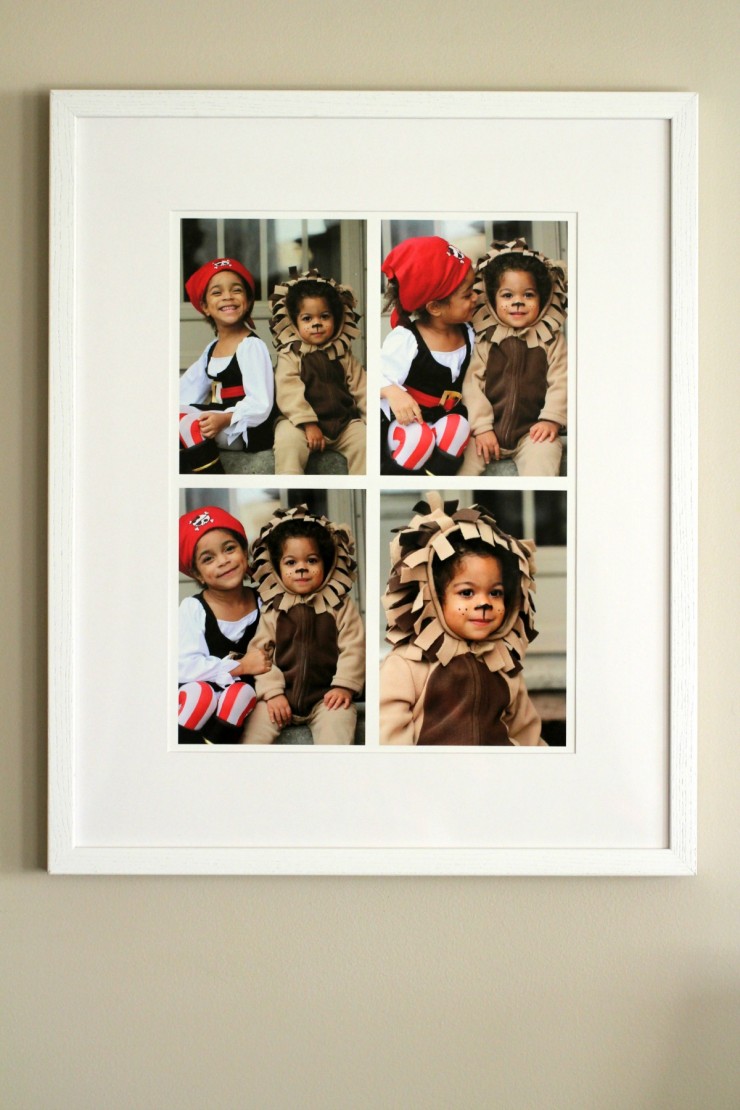 The gallery frame is a really gorgeous, timeless piece.  I love the clean classic look to the frame and matte.   The print itself is bright, clear and crisp and does the originals justice. 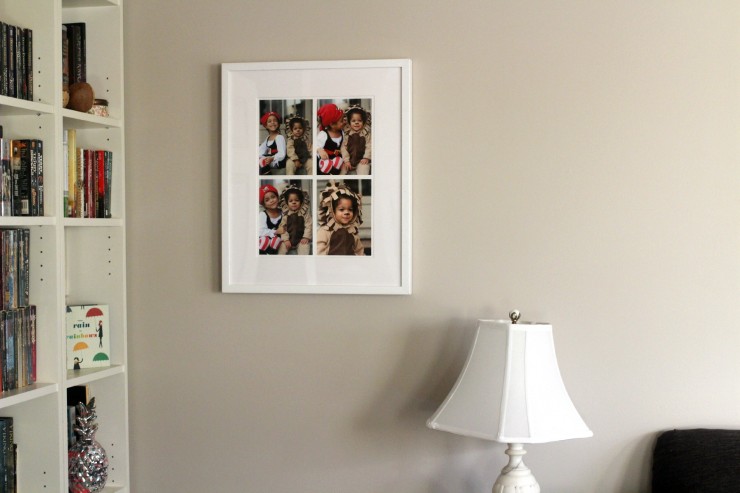 The frame is nice and thick and sturdy hardwood.  Gallery Frames come in four timeless colours; Rich Black, Alpine White, Espresso Brown, and Light Walnut. All of the components are made in Canada – from the hardwood frame, to the low glare framers acrylic, right down to the off-white acid free mat board.

I went with the white to co-ordinate with my office space – which is all white and I think it brightens everything up and makes it appropriate for year round wall art. 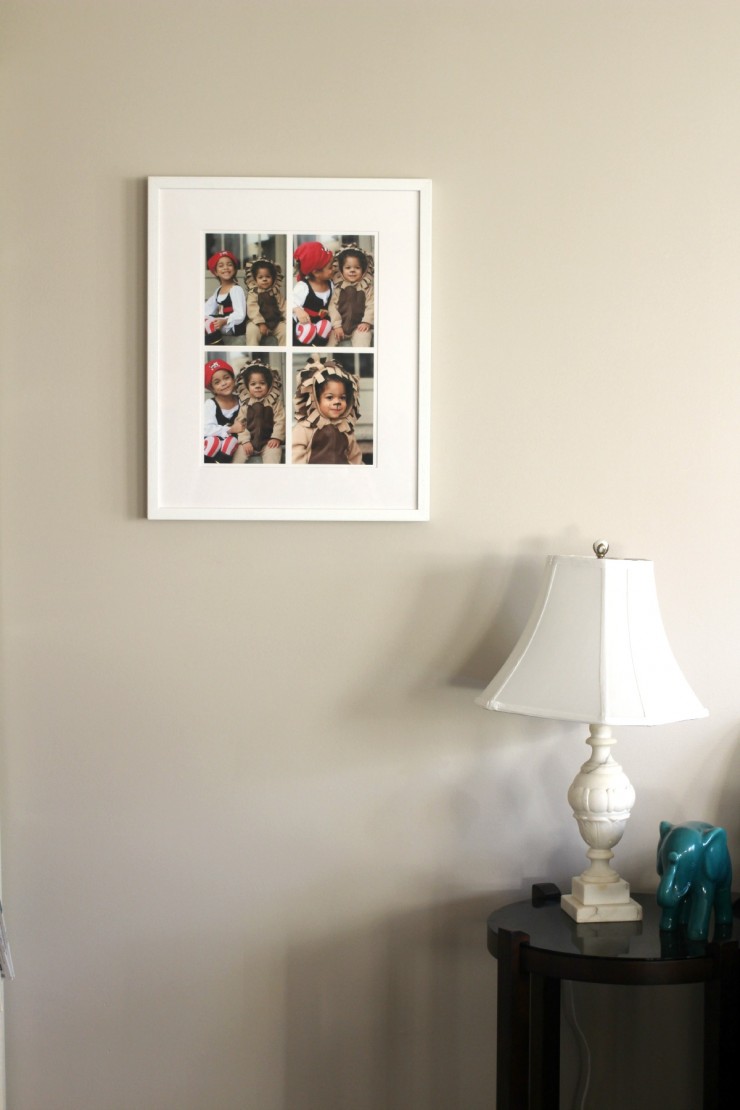 Disclosure: I received the above mentioned product in order to facilitate this post.   All thoughts and opinions are honest and my own.