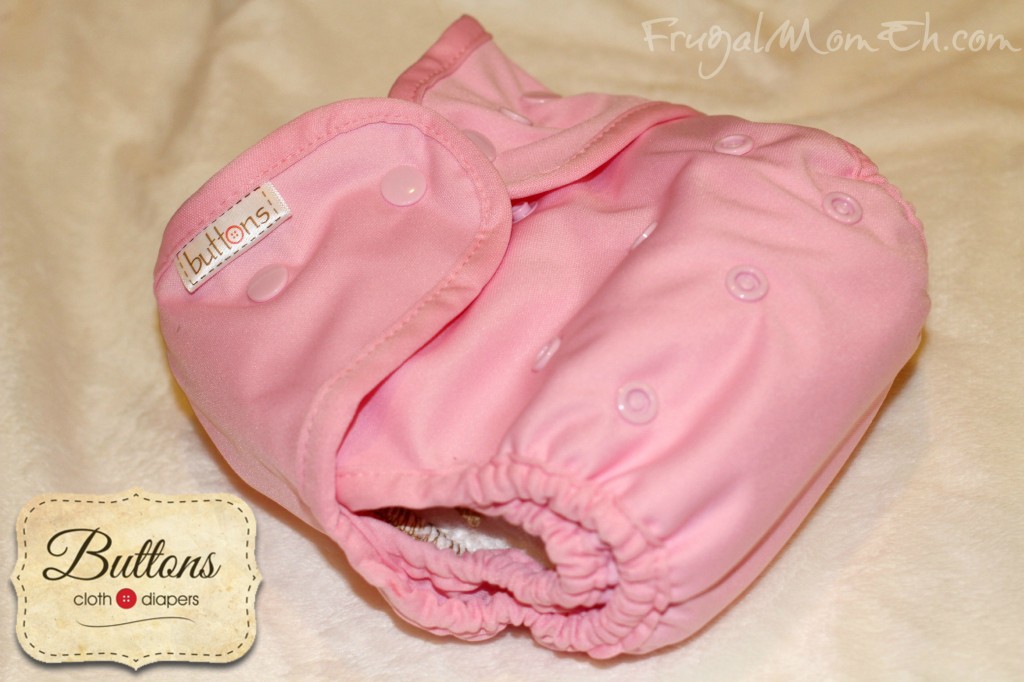 I was sent a Buttons Diaper cover along with two inserts to check out.  Buttons Diapers are a two-in-one diaper system that feature a wipe-able waterproof PUL covers and snap-in inserts. 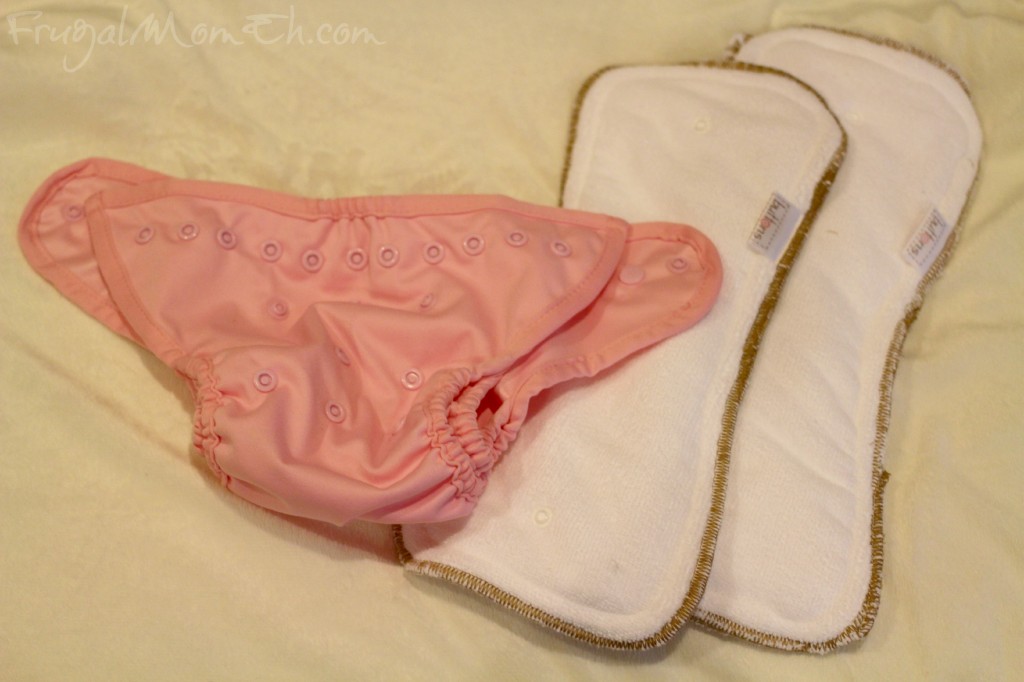 The cover itself is one size and fits babies from 9-35 lbs.  The cover has a three step rise as well as cross-over snaps, although it does lack hip snaps.   It has double leg gussets which I love for keeping messes in and elastic not only at the back but at the front as well.   It also features two layers of PUL to keep it waterproof, snaps for the inserts and the inside is wipe-able so it can be used multiple times without having to throw it in the wash. (YAY!) 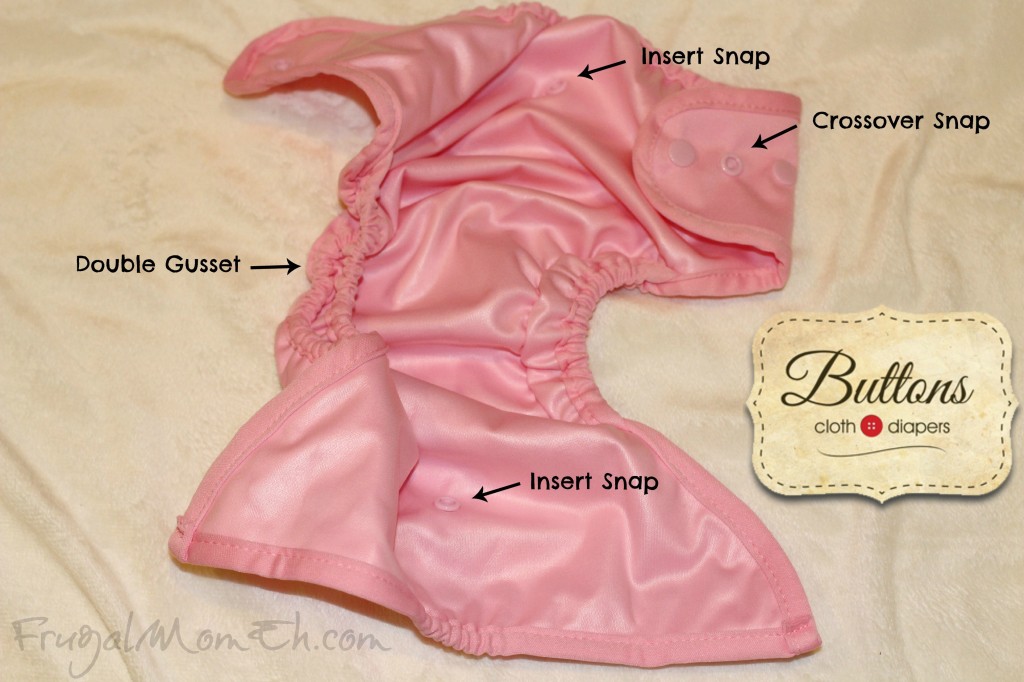 The nighttime insert is made up of six layers of microfiber but has no fleece layer as they are designed to be used under the daytime insert.  The two inserts are able to snap together and then snapped into the cover itself. 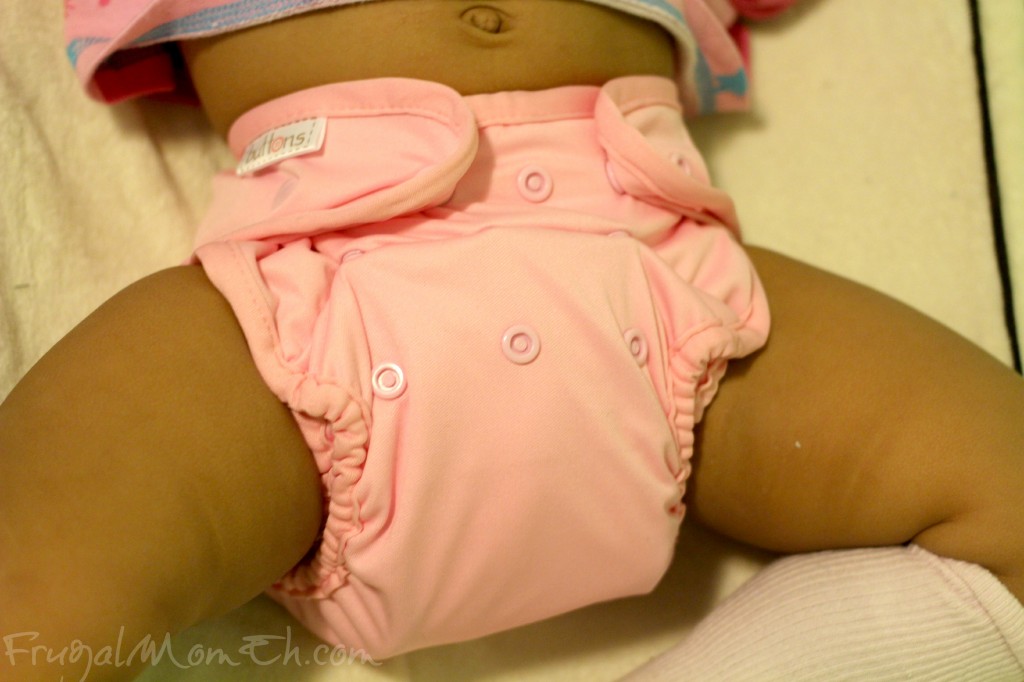 I think we got a really good fit with the cover despite the lack of hip snaps.  The cover fits perfectly around her legs as you can see and easily contains the inserts.  I also found that it looked pretty trim on her despite how large and thick the inserts seem.

I was really impressed with both the absorbency of the inserts as well as the ability of the cover to keep the messes in.  I do have another cover that is similar to the Buttons cover that I love except it does not feature the snap in inserts.  I love that the inserts do snap in.  It’s easier to ensure everything is neatly tucked in and nothing is going to move around while she is busy playing.

I also love the variety of colours available as well as how affordable the system is.  Especially when you consider the fact that you could buy multiple inserts per cover.

Disclosure: I received one or more of the products mentioned above for free using Tomoson.com. Regardless, I only recommend products or services I use personally and believe will be good for my readers.