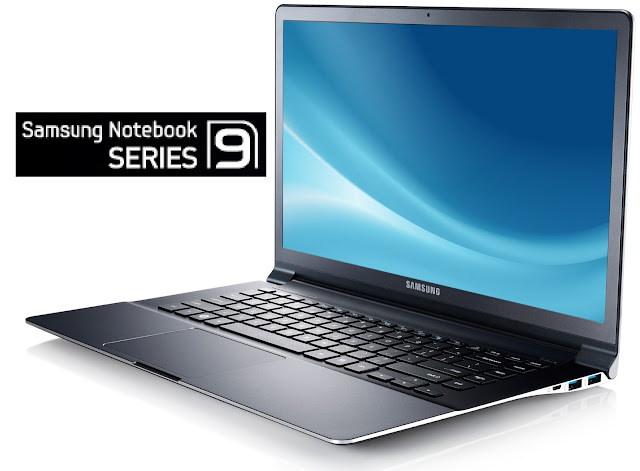 Can you believe how thin this beauty is? I couldn’t believe it when I realised it is thinner than the LCD panel of my 5 year old laptop!  Unbelievable!
I guess some of you might like to know exactly what an UltraBook is before I tell you why I believe Samsung has redefined the meaning.  An ultrabook is a type of laptop that was first introduced by Intel. Ultrabooks are supposed to be smaller and lighter compared to traditional laptops without compromising on performance.
What Samsung has done with the New Series 9 15″ UltraBook is to create the thinnest and lightest 15″ Ultrabook out there with the world’s fastest boot-up time at only 9.1 seconds.  What does this mean?  It’s easy to carry around and gone are my days of powering on my laptop and making a pot of coffee before I can even sign in to Windows.
As some of you may know I not only blog professionally,  but I am also employed full time as an IT professional.  I’ve dealt with my fair share of hardware and have experienced a wider range of brands than the average blogging mom.  This also means there are brands I wouldn’t bother reviewing – even if I were offered a large sum of money because I just couldn’t give a positive review or recommend their products to you.
When it comes to Samsung though, I know their products are not only innovative but built to last as well.  There are only a few other brands I can say that confidently about. 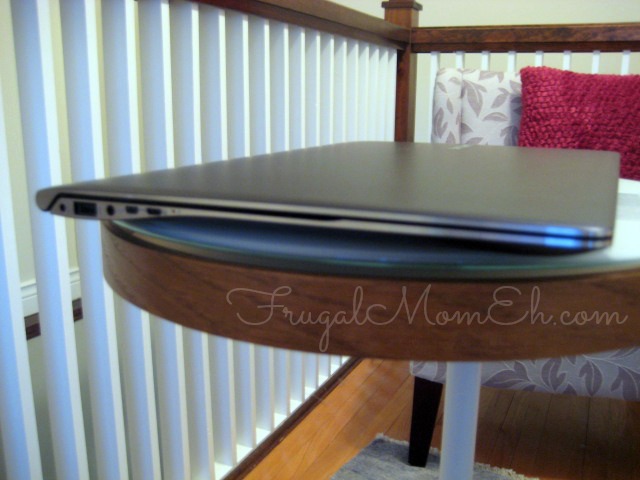 I think it goes without saying I was thrilled at the chance to review the New Samsung Series 9 15″ Ultrabook.  Its sleek design is a thing of beauty with a 100% aluminum sand-blasted matte finish in a very chic and sophisticated Mineral Ash Black colour.
Design isn’t everything though, and this Ultrabook definitely doesn’t stop there.

The New Samsung Series 9 Ultrabook features a pair of USB 3.0 connectors as well as a chargeable USB 2.0 connector, micro HDMI and mini VGA ports, a headphone jack, as well as a mini ethernet port since this laptop is just way too thin for a traditional ethernet port.  (The dongle is included).  The trade-off for the ultra-thin design is a lack of optical drive (common with ultra-books) but it does boast of a 4-1 in one SD card reader. 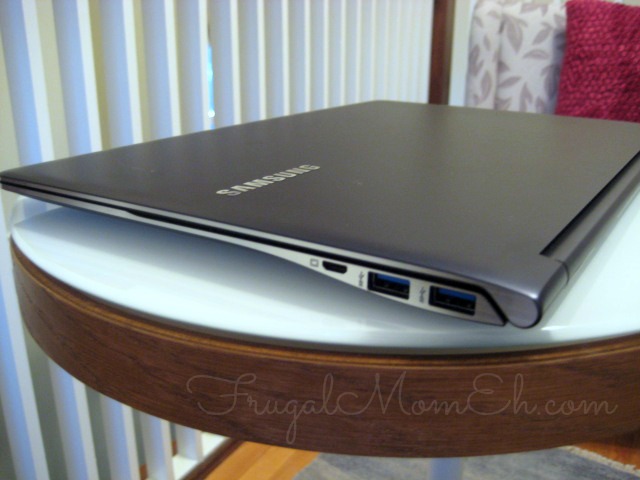 I already mentioned the blindingly fast boot up time.  That is in part thanks to Samsung using a Solid State Drive rather than a traditional hard disk.  Since Solid State Drives have no moving parts they run quietly and are less prone to failure than hard disk drives since they are less susceptible to physical shock (i.e. dropping your laptop while it is running).   They also start up remarkably faster than hard disk drives and generally require less than half the power a hard disk drive does not to mention faster data access time.

Samsung, along with intel, are also known to build the most reliable SSD drives so you can feel comfortable that this Series 9 will be long-lasting.

With 8 GB of DDR3 System Memory running at 1600 MHz and an Intel® Core™ i7 Processor running at 1.90 GHz with a 4 MB L3 Cache I’ve never been able to multi-task quite so efficiently.  I seriously don’t think I could find a way to bog her down!  She is seriously fast.

All this of course means that you can expect impressive speeds at start-up and with Fast Start your notebook will wake from sleep in 1.4 seconds.   You definitely won’t get rage when multi-tasking to get work done on this baby.  (You know that feeling your laptop gives you that makes you want to throw it out the nearest window?)  Yeah, you won’t get that feeling with this UltraBook. 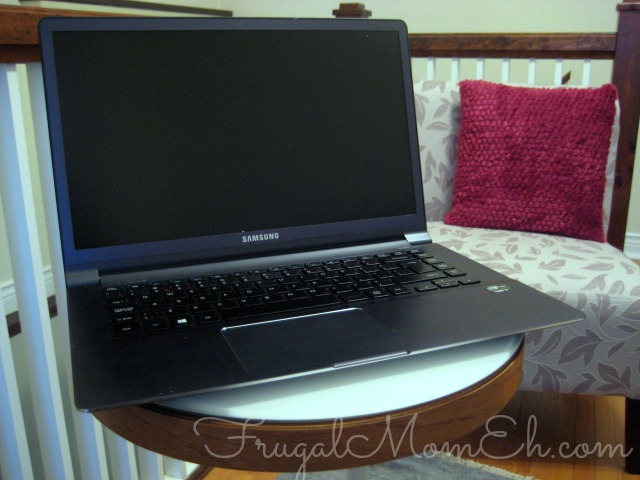 Just to mention another one of the stand out features, I would also like to talk about the LCD screen.
Using what Samsung calls MaxScreen technology, they have managed to fit a 15″ screen into a conventional 14″ chassis.  This means you get a great big screen without the great big laptop.
The SuperBright Plus (400 nit) screen is also anti-reflective meaning everything is clear whether you are inside watching a movie or outside in the sunshine reading your favourite blog. Oh boy is the screen ever bright especially compared to my old laptop when I have them turned on side by side.
A back-lit keyboard is on board featuring a sensor that automatically adjusts the brightness of the keys as well as the screen whenever you need it.
The trackpad on this series 9 model is among the best I’ve seen.  It is large and glass-coated which allows for smooth scrolling and tracking.  It is also multi-touch which gives the user control over advanced functionality through gestures you may already be familiar with such as “pinching” to zoom in and out. 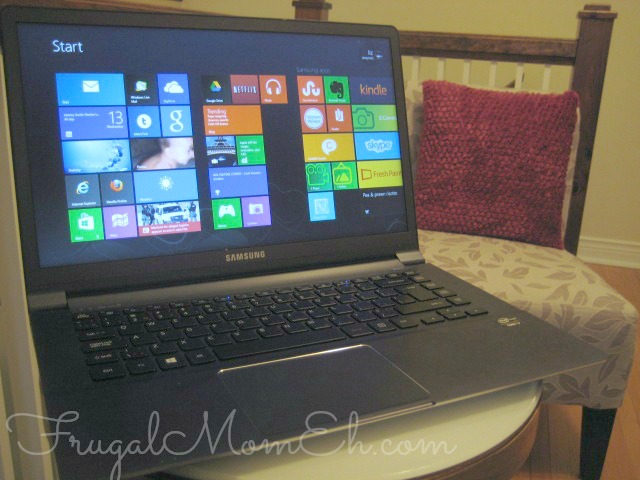 Something else I love about this laptop was the near lack of pre-loaded unnecessary software.  Too often at work we will order hardware and then spend unnecessary time removing it all.  Unlike some manufacturers I could mention, Samsung likes to keep it’s software build light and preloads only a few apps like Norton, Kindle, Skype and StumbleUpon.  Most of which I would have installed anyway.

So after using this ultrabook for a few weeks, would I recommend it?  Um, did you read the review?  I answer this question with a resounding YES!  Samsung has built one powerful machine in this Series 9 UltraBook and ultimately redefined what an UltraBook should be.

Are you currently looking for a new laptop or completely frustrated with your current laptop?

Disclosure:  I received the above mentioned product from the company and/or PR firm in order to facilitate this review.  This is a personal blog and all thoughts and opinions remain honest and my own.