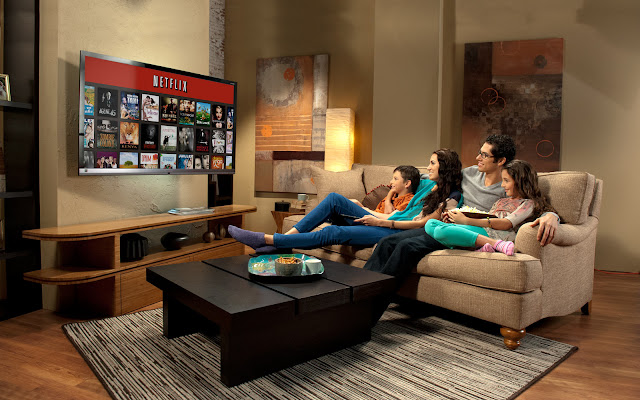 A family tradition my family has done every year since I can remember is sitting down on boxing day and watching a movie while eating turkey sandwiches, celery, pickled beets and tea with the fireplace going.   As a matter of fact, I look forward to boxing day just a little more than Christmas.

“The holidays can be a stressful time for Canadian bank accounts and it’s hard to find a great gift for under $10.  At just $8 a month for unlimited TV and movies, gifting a Netflix subscription provides great value for gift-givers weary of going into the red this holiday season.” –  Jerry Kowal, Director of Content at Netflix.

For only $7.99 a month, instantly watch unlimited movies & TV episodes streaming over the Internet to your TV via a PS3, Wii, Xbox 360 or any other device that streams from Netflix. You can also watch instantly on your computer too!

120 thoughts on “Make a New Holiday Tradition with Netflix”