Ahoy, matey! Blue Sky Studios unveils a brand new chapter in one of the most successful film franchises of all time. Bringing together the visually epic and the emotionally powerful, ICE AGE: CONTINENTAL DRIFT sets sail on Blu-ray 3D, Blu-ray, and DVD from Twentieth Century Fox Home Entertainment on December 11, just in time for the holidays.

Sub-zero heroes Manny, Diego, and Sid embark upon a high-seas adventure after their continent is set adrift. Using an iceberg as a ship, they encounter sea creatures and battle pirates as they try to reunite with their herd. In the wake of these upheavals, Sid reunites with his cantankerous Granny, and the herd encounters a ragtag menagerie of seafaring pirates determined to stop them from returning home.

While you are waiting to grab a copy of this film yourself, check out these super fun printable activity sheets!  Just click to enlarge, Save and then print! 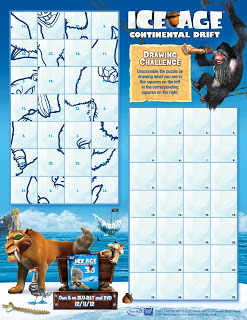 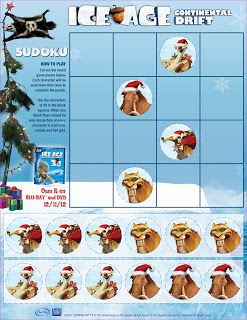