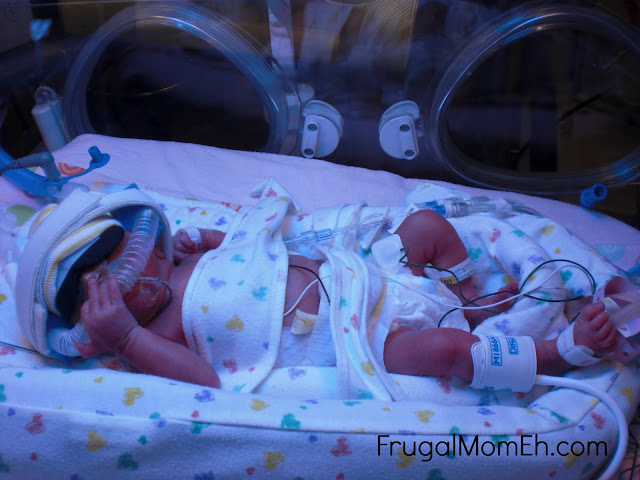 As some of you know, my daughter Keira was born at 29 weeks and 2 days gestation weighing only 1360 grams (3lbs).  Preemie awareness is something very near and dear to my heart.
Babies born prematurely are put under the care of the Neonatal Intensive Care Unit (NICU) which is equipped with teams of Doctors and nurses all skilled at saving these tiny lives as well as the needed equipment such as incubators and CPAP machines. Still, this is not the same as the ideal environment of the mother’s womb.
As preterm babies are underdeveloped they experience high rates of lung and heart events which include apnea (a pause in breathing) and bradycardia (a period of significantly slow heart rate.)  These are both “events” we experienced with Keira many times over.  As a mother, hearing those alarms go off is nightmarish – no matter how “normal” for a preemie it is!  (Something you hear often in the NICU from well meaning staff.)
Of course I was interested to read a new study showing that hearing their mothers voice can improve the health of her premature baby – especially in respect to the cardio-respiratory events.  The study involved fourteen extremely premature infants (born between 26-32 weeks gestation) who heard a personalized soundtrack consisting of their mother’s voice and heartbeat.  The soundtrack was played four times per day through a specialized micro audio system.
Unsurprisingly enough, the babies who heard the soundtrack had significantly lower incidents of cardio-respiratory events with the positive effect being even stronger in babies over 33 weeks gestation.
What I love most about this research, is it explores the use of non-pharmalogical treatments.  Something that would never be taken for granted by a NICU parent.